Prostate Artery Embolisation Through the Wrist

Treatment for an enlarged prostate can involve major surgery. Keith Painter, 56, an aerospace engineer from Gloucestershire, underwent a new, less invasive procedure, as he tells OONA MASHTA. About eight years ago, I started needing the loo frequently at night. I put up with it at first, but it gradually got worse — at one point I needed to go five or six times a night. My GP told me to avoid alcohol and caffeine as these irritate the bladder, but this didn’t make a great difference and my symptoms continued to worsen.

By last year, I was getting up to the loo in the night so often it left me feeling tired during the day. My GP suspected I had an enlarged prostate so referred me to a urologist. A few weeks later, I underwent various tests, including one where a machine measures the speed of your urine flow. Sure enough, all the tests confirmed I had an enlarged prostate. It was pressing on my urethra, blocking the flow of urine and preventing the bladder from emptying properly — which was why I needed the loo so often.
I was prescribed two drugs to shrink it, but while these worked initially, after about 18 months they were no longer effective and I was back to getting up frequently at night. When I saw the urologist again he told me I needed an operation called transurethral resection of the prostate (TURP), where part of the prostate is removed with a hot wire. It sounded invasive and there was a risk I’d be left impotent and incontinent due to nerve damage, but there seemed to be no alternative.

But then earlier this year, while I was waiting for an op appointment, my friend told me he had been treated with a far less invasive procedure called prostate artery embolization (PAE), in which tiny plastic particles are used to block the blood supply to the prostate and shrink it. I was keen to avoid the possible side-effects of TURP, so went to see the surgeon trialling PAE at the Churchill Hospital in Oxford. 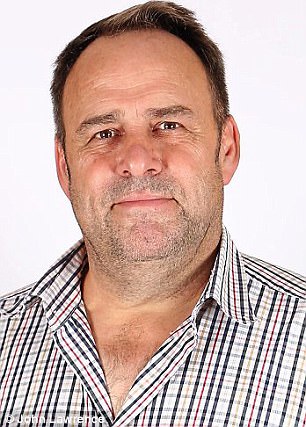 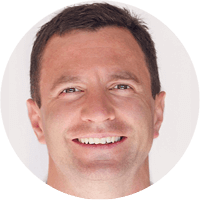 The Procedure of Artery Embolisation Through the Wrist

He explained that the procedure involved accessing the main arteries in the groin via a small incision. Sadly, my scans revealed that my arteries were too complex, but fortunately he was trialling another technique where a tube is fed through a blood vessel in the wrist down the arteries to the prostate.

It could be better than going through the groin as I’d be up and about immediately afterwards, rather than bedbound for hours as the groin recovered.It sounded amazing so I agreed to try it. In July, I had the two-hour surgery under local anaesthetic. I was awake throughout but didn’t feel a thing.I wore a special device on my wrist for an hour afterwards to prevent blood loss, but I could walk normally straight away and returned to work within a couple of days.There is still some bruising and discomfort on my wrist, so returning to manual work may take a little longer.Now, I don’t need the loo as often, but I’m told it will take some time for the night-time trips to stop completely.I’m so relieved I have had the procedure and I’m looking forward to being normal again after so long.

Dr Charles Tapping is an interventional radiologist at Oxford University Hospitals NHS Foundation Trust and the Churchill Hospital.
An enlarged prostate, known as benign prostatic hyperplasia, affects 50 percent of men aged 51 to 60 and 80 percent of those over 80.
The walnut-sized prostate lies under the bladder and surrounds the urethra, the tube through which urine passes out of the body. As it grows, it can apply pressure to the urethra and bladder and lead to difficulties urinating or fully emptying the bladder, resulting in a constant urge to go to the loo.Lifestyle changes and medication can help, but the gold-standard fix is a surgery called TURP, which involves removing part of the prostate with a hot wire or laser. However, it takes up to three months for a patient to recover and there is a risk of damage to the nerves or muscles surrounding the bladder — which can lead to short-term urinary incontinence or impotence. There is now a new, less invasive technique being trialled, called prostate artery embolization (PAE). It involves injecting hundreds of grain-sized plastic particles into two to four of the arteries that supply blood to the prostate.
Without this blood, the overgrown part shrinks.

Normally, we do this through a 1mm incision in the groin, but that’s not suitable for all patients. Sometimes, the structure of the arteries makes it difficult to gain access to those that supply the prostate. Also, older patients’ arteries can be furred and rigid, so there’s a risk that bits of plaque (fat and calcium that clog the arteries) will break off when we feed the tube down.A new wrist technique makes PAE available to more patients — it’s known as transradial PAE. It can even be preferable to going through the groin as patients can walk immediately afterwards, whereas with traditional PAE it can take four hours for a patient to walk and it can be painful.

What are the risks?

In 10 percent of cases, symptoms recur, so the procedure may need to be repeated.The plastic particles used to block the arteries are safe but may move over time, so the op may need to be repeated.It is not a cure and may not be suitable for everyone. Shrinking the prostate by blocking the arteries ‘is a relatively new technique which has shown some promising early results,’ says Tev Aho, a consultant urological surgeon at Addenbrooke’s Hospital in Cambridge. ‘The potential advantages are that it can be done using local anaesthesia with a short recovery period, and it seems to have few adverse effects. ‘But we need to find out more about the complication rates and longer-term results.’After anaesthetising the wrist, we inject a drug which dilates the arteries and inserts a flexible guidewire with a hollow plastic sheath on top into the radial artery. A tiny tube is fed into this sheath and the guidewire is removed.We then push the tube through the artery in the arm, up to the chest, and then down through the blood vessels in the abdomen to those that supply the prostate — guided by an X-ray. Then an even smaller tube with the beads inside is pushed down.

We identify how many arteries we need to block and release the tiny beads into the right places. Part of the enlarged prostate then dies because there is a lack of oxygenated blood reaching it.Patients wear a device that looks a bit like a bracelet to apply pressure to the incision site for an hour to stop blood loss, but they can walk immediately afterwards and lie on their side comfortably.
With PAE through the groin, patients must lie flat on their backs for up to four hours to help control the bleeding. There’s also a greater risk to nerves in the groin area — so there may be nothing to lose in trying the wrist technique first in most cases, as we don’t go near the nerves. As with regular PAE, patients go home within a few hours and can take painkillers and anti-inflammatories for any swelling or pain. Most men see a reduction in night-time frequency within a few weeks, and the greatest improvement is seen after three months.
The National Institute for Health and Care Excellence is going to review the PAE procedure following a study in 17 UK centres with more than 120 patients.Other UK trials, such as one in Oxford (called STREAM), will also publish results to allow regulatory bodies to review funding for the technique.It is hoped that it will soon become more widely available. It is now available in Africa uniquely with Dr Andrew Lawson
Read more on: Prostate Artery Embolisation Through the Wrist